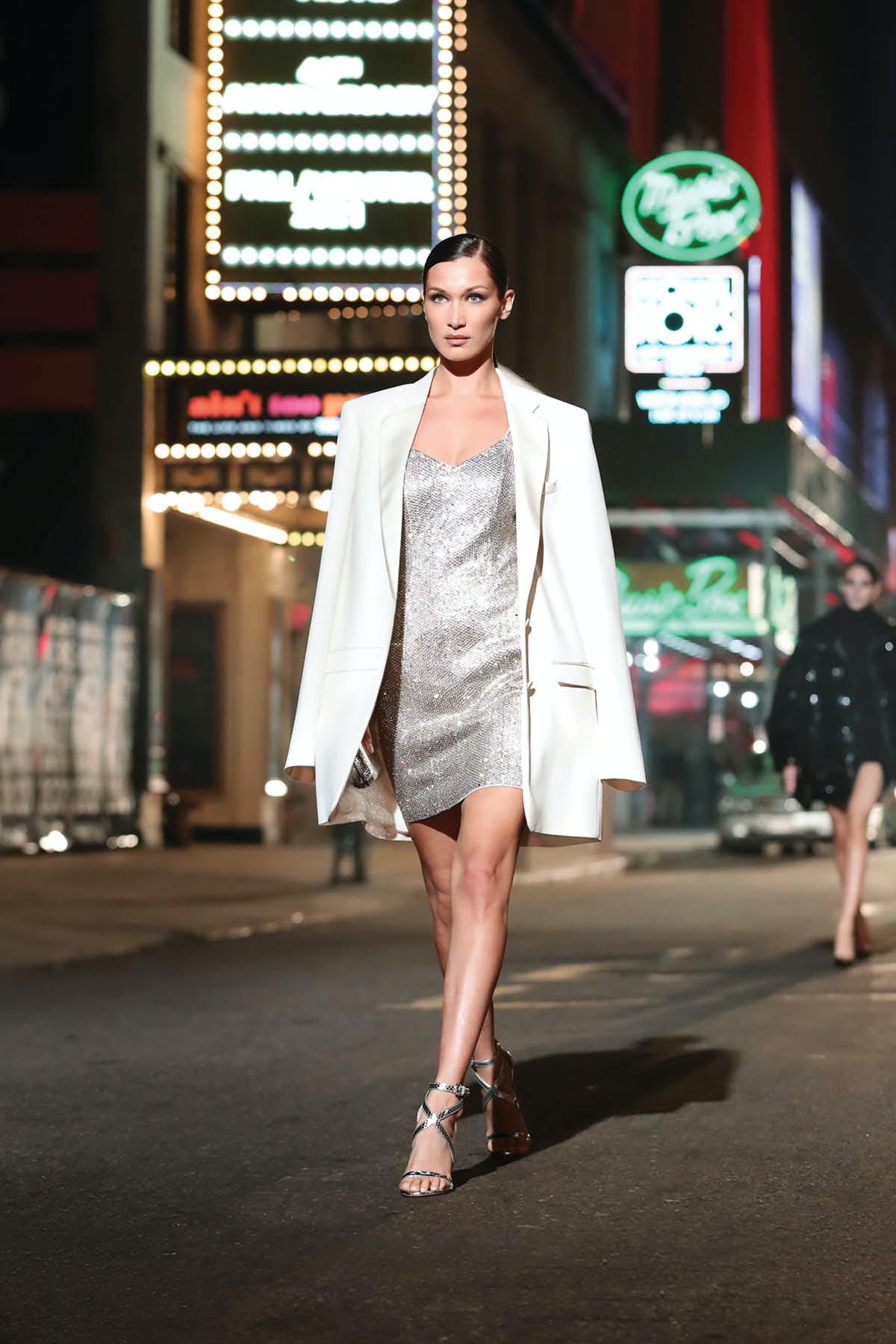 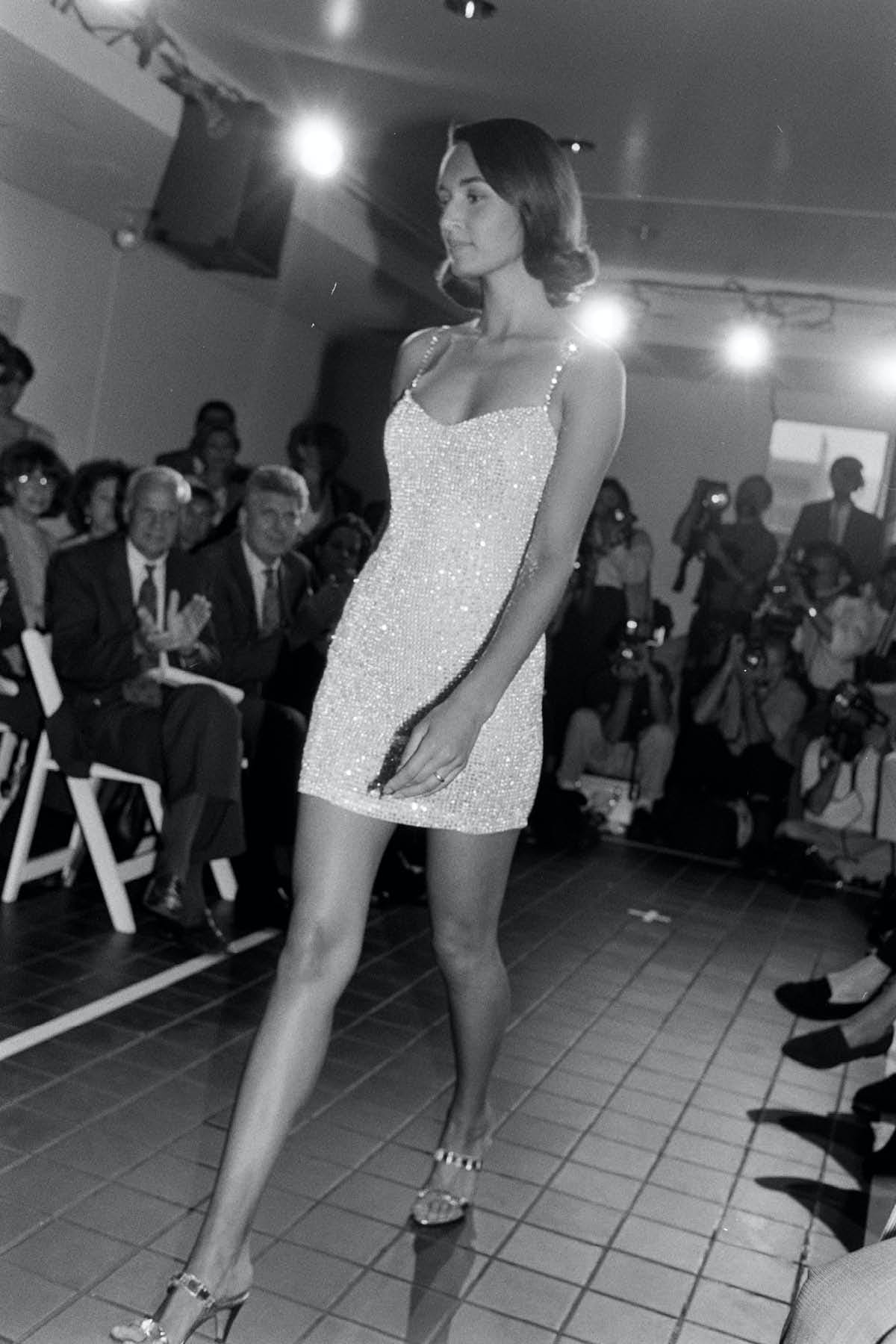 “This dress turned the corner back in 1990 as Paul Simon sang Diamonds On The Soles Of Her Shoes, and the audience immediately went wild.” 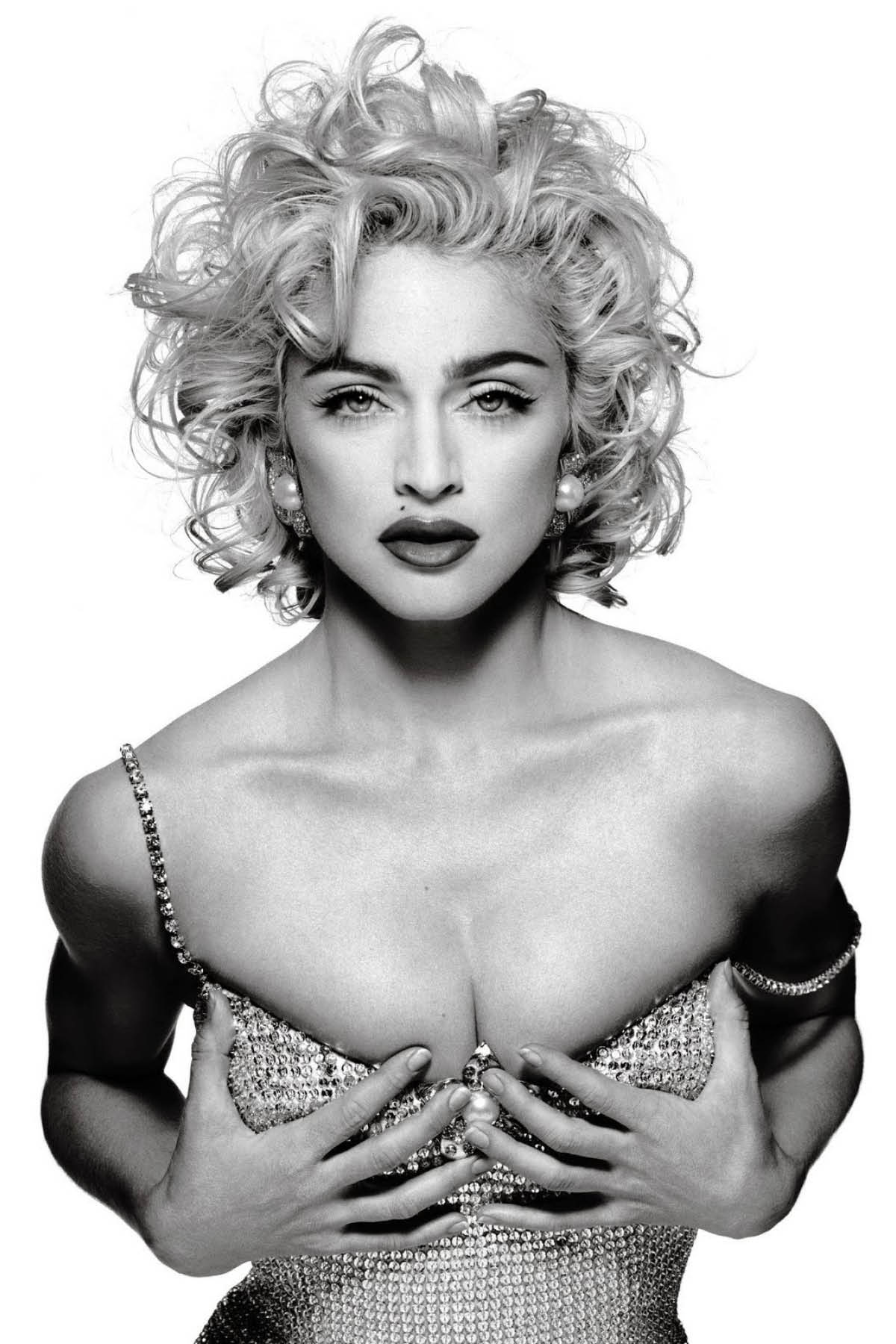 This white slip dress debuted on the Resort 1990 runway, worn sans jacket by British model Gail Elliott, one of Michael’s runway favorites. The simple silhouette is encrusted with hand-embroidered crystals to create a luminous, textural effect. For the anniversary collection, the dress was styled on model Bella Hadid with a sleek, tailored tuxedo jacket draped over her shoulders. This sought-after slip dress was featured on countless magazine covers throughout the 1990 holiday season and stole the spotlight in a legendary portrait of Madonna as Glamour magazine’s Woman of the Year. (A photograph that Michael now owns and passes in his hallway every day.) 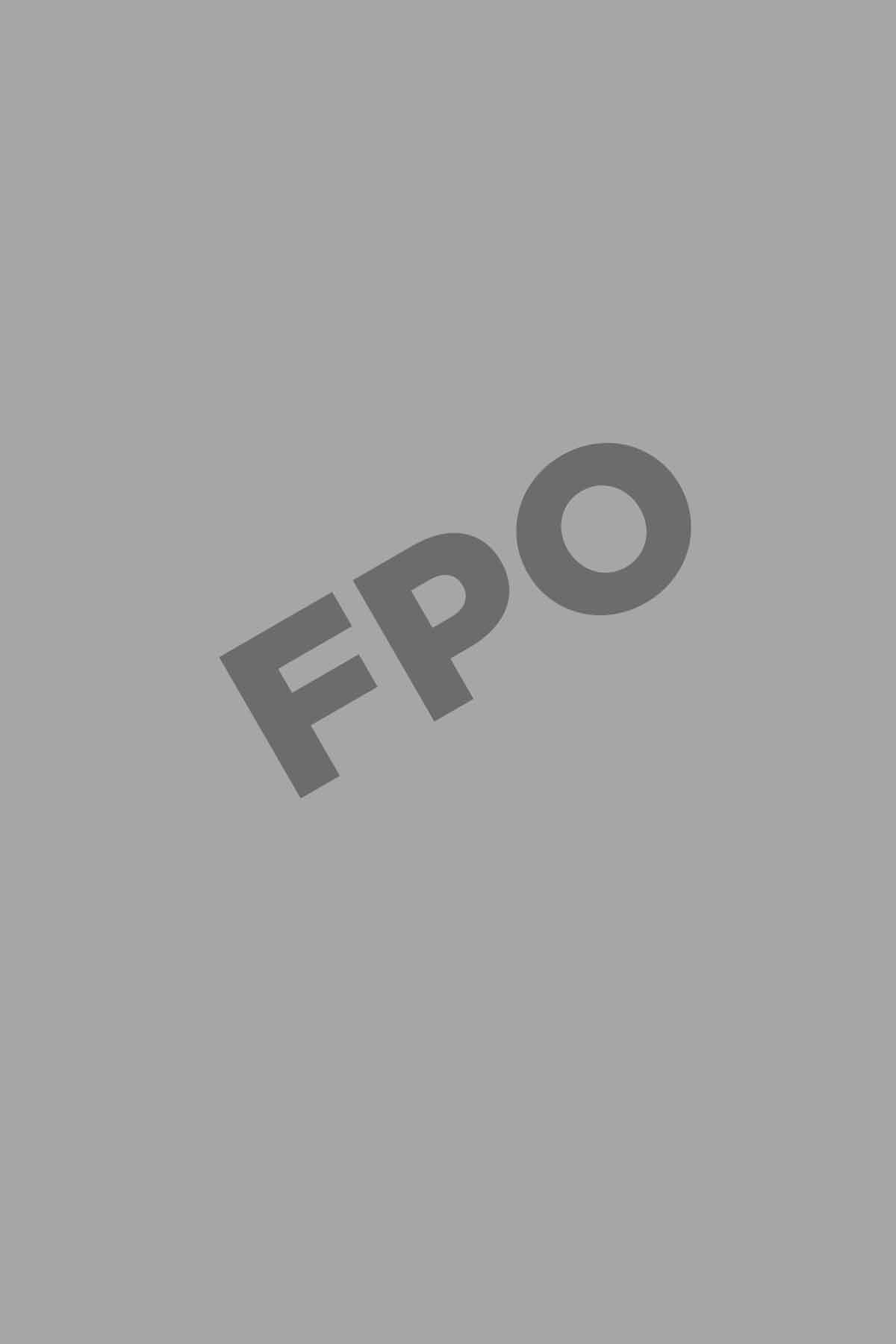 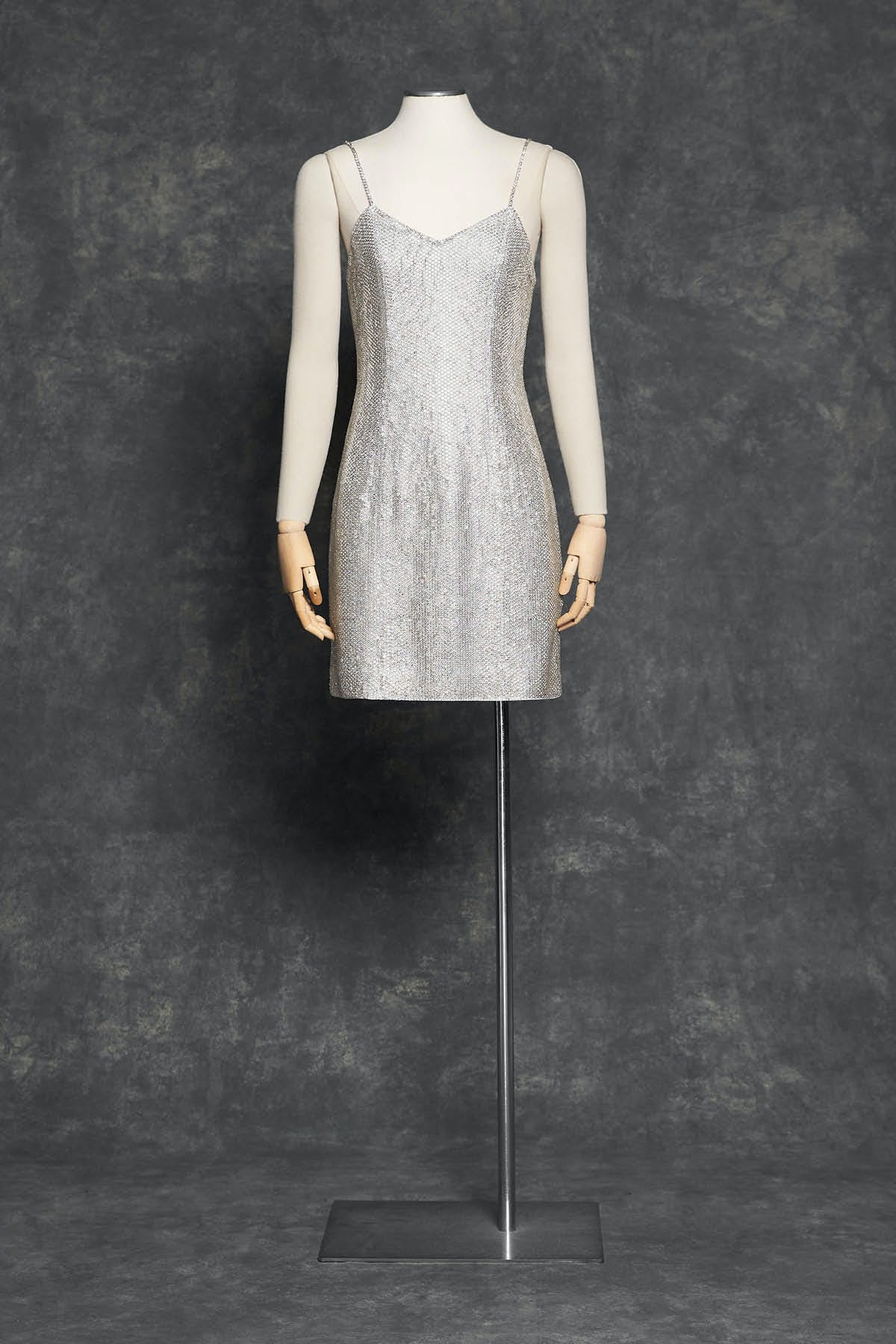 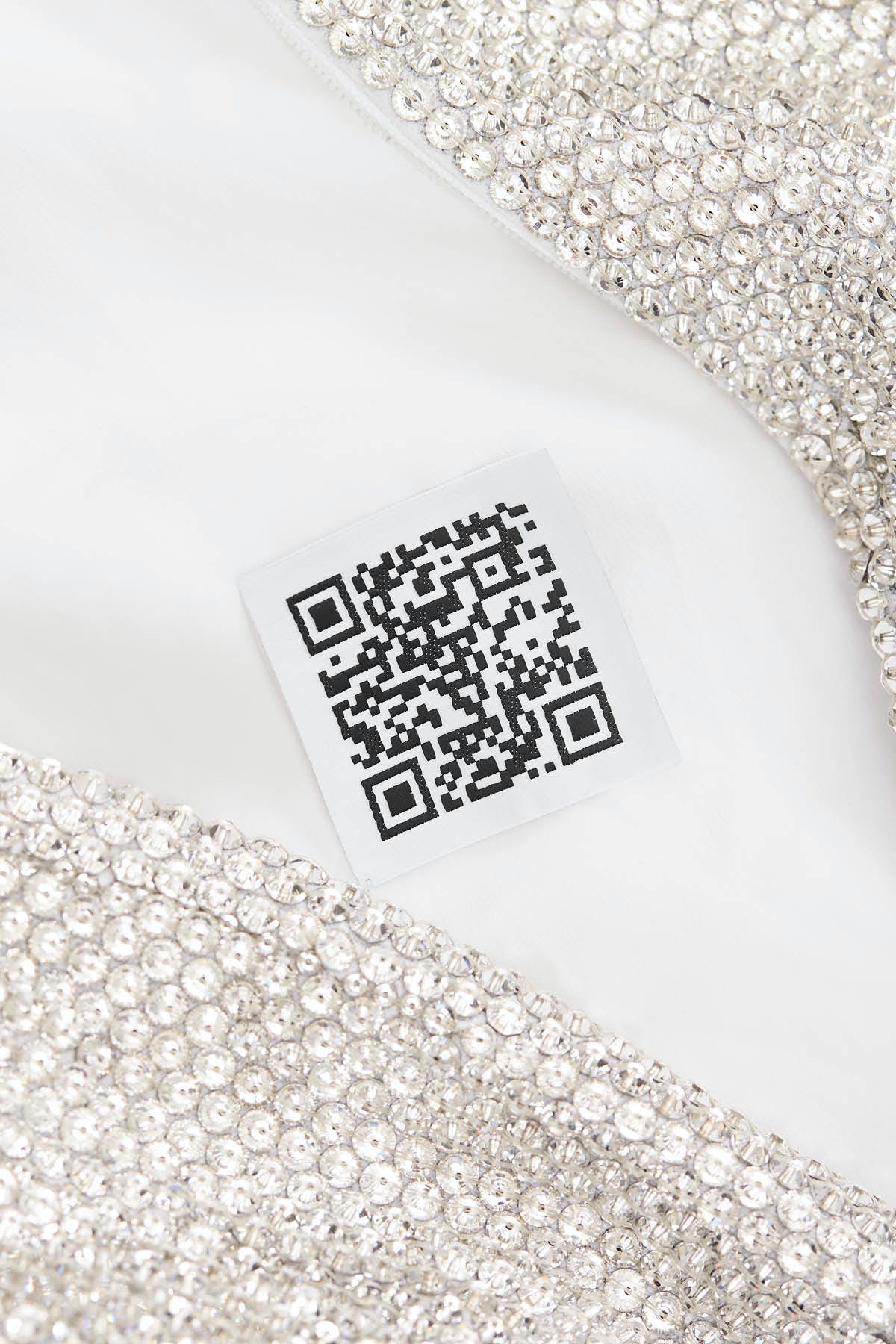 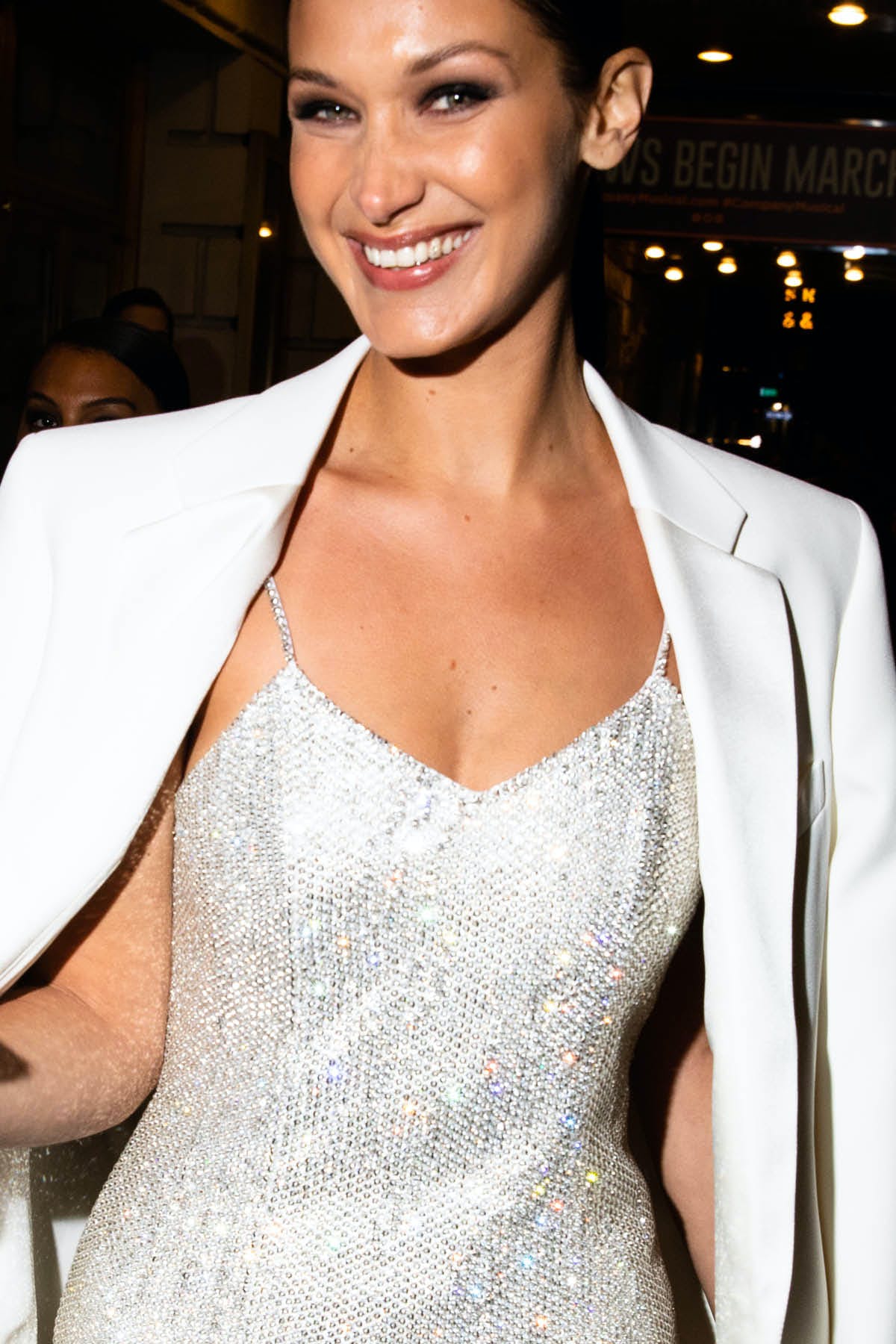 The MK40 Reissue Capsule features a special curation of iconic pieces from seasons past that Michael has recreated for today. 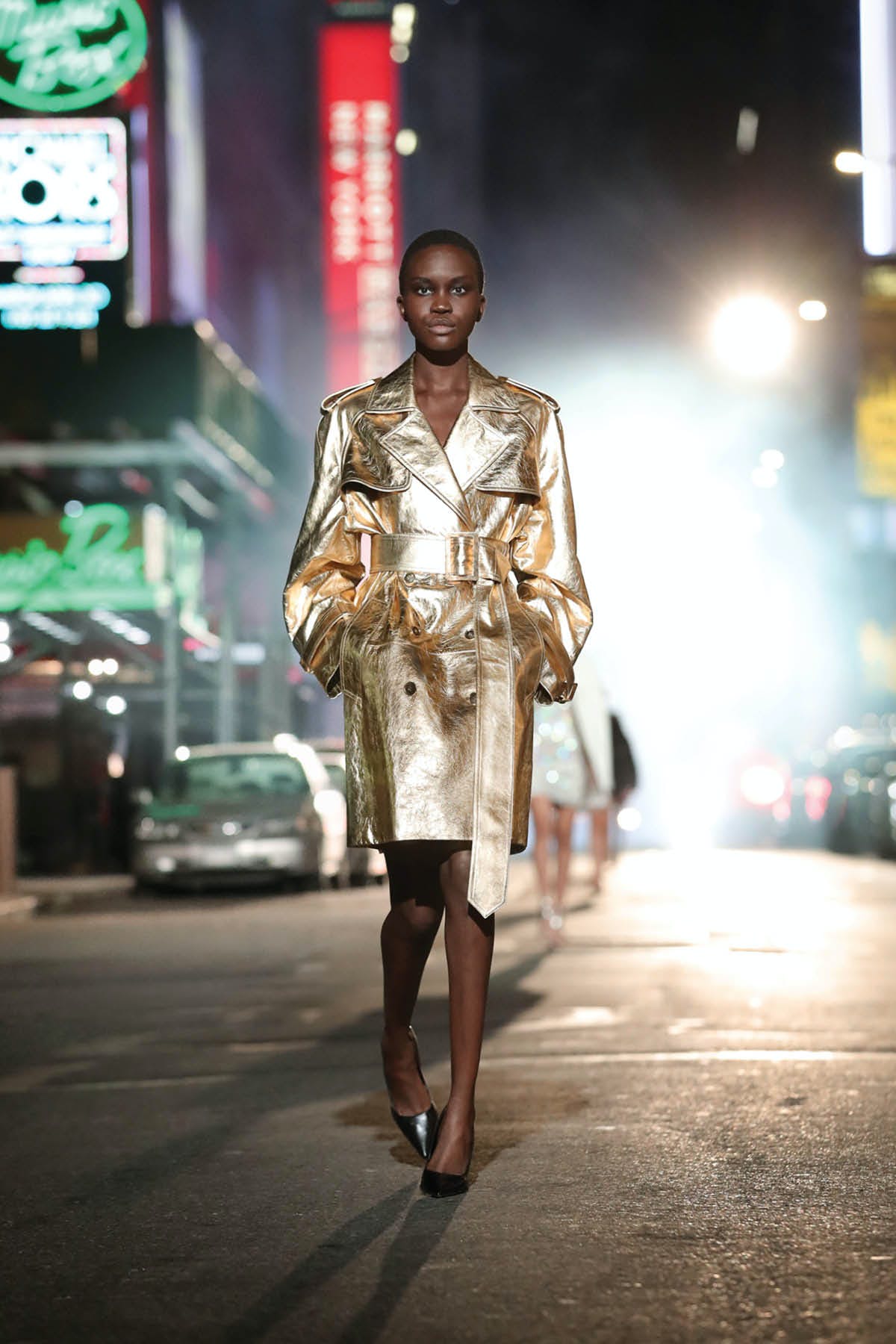